A peek into the marine life -Watamu Marine National Park

In the last month the marine team carried out scuba surveys and deployments of Baited Remote Underwater Video Stations (BRUVS) in  Watamu Marine National Park and Reserve. The WMNP is a critical breeding ground for a number of critically endangered and near threatened species. Along the reef slope of  WNMP, the team carried out 16 dives to find out the habitats, shark populations and also to find out what other biodiversity was found there.

There was lots of interesting species to see; The highlights were; 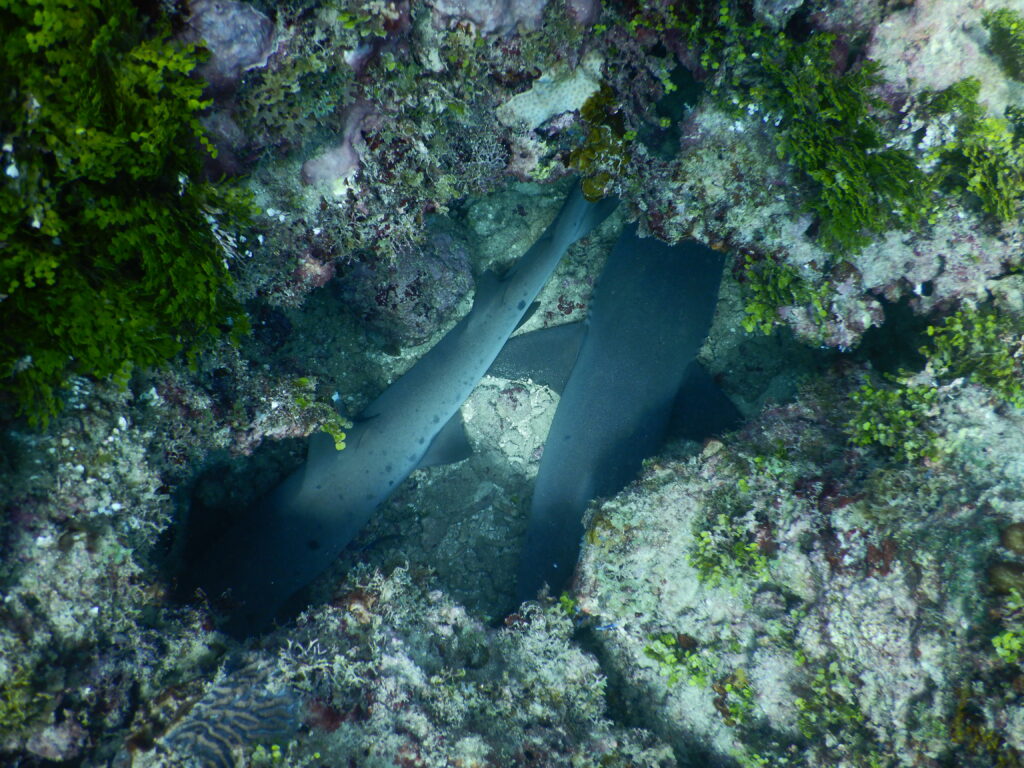 White tip reef sharks. Mostly nocturnal, the team found them resting under the rocks and crevices during the dives. 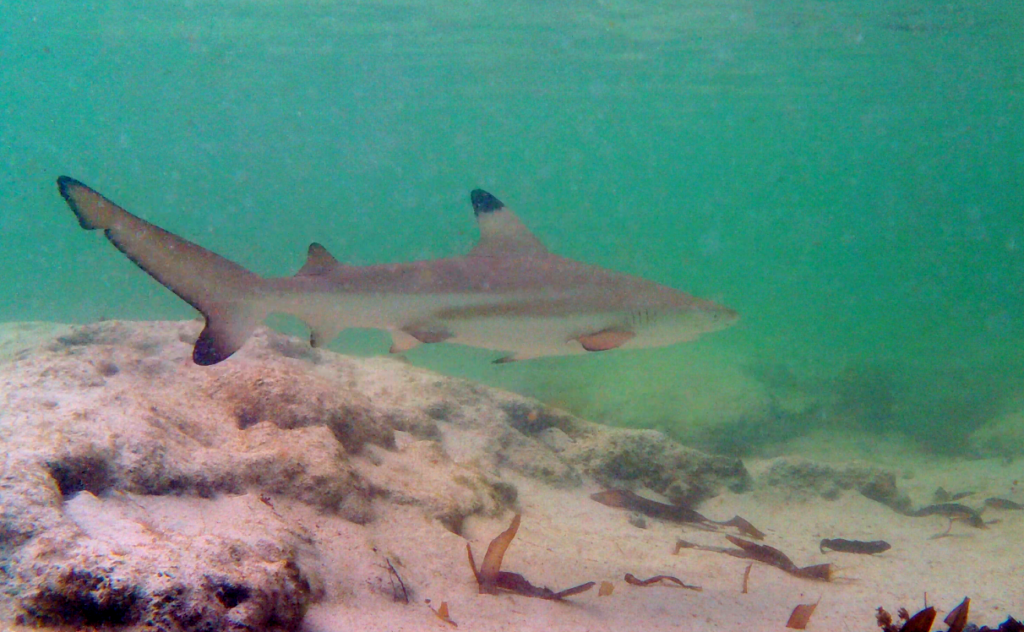 Black tip reef shark are very common in the WMNP and huge aggregations are often spotted along the intertidal zone. The Pups are commonly seen very close to the shore and are often shy and swim off when one gets close. Marked as near threatened, this is an important species that the team keeps an eye on to study its behavior , habitat and threats. 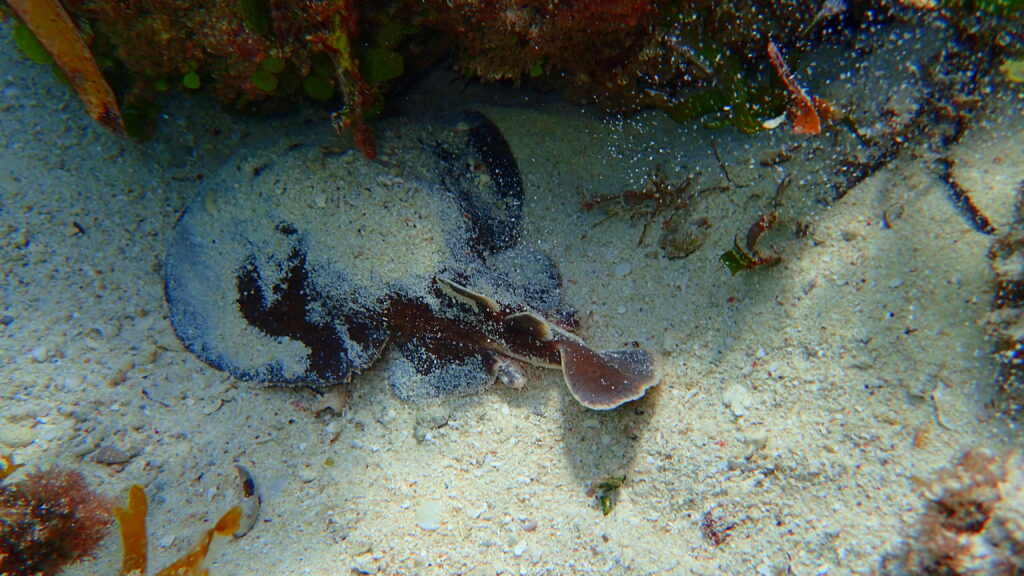 Marbled Electric Ray also known as the “marbled torpedo ray” because it will literally leave its prey in shock. This predator’s mottled skin colour renders it nearly invisible to unsuspecting eyes, but it is equipped with electric organs situated at the base of the pectoral fins that generate a strong, electric discharge.

Honeycomb stingray It was such a beautiful sight to behold. It was in shallow sea grass beds, with its body total length ~2m long.This ray is listed as vulnerable on the IUCN red list. 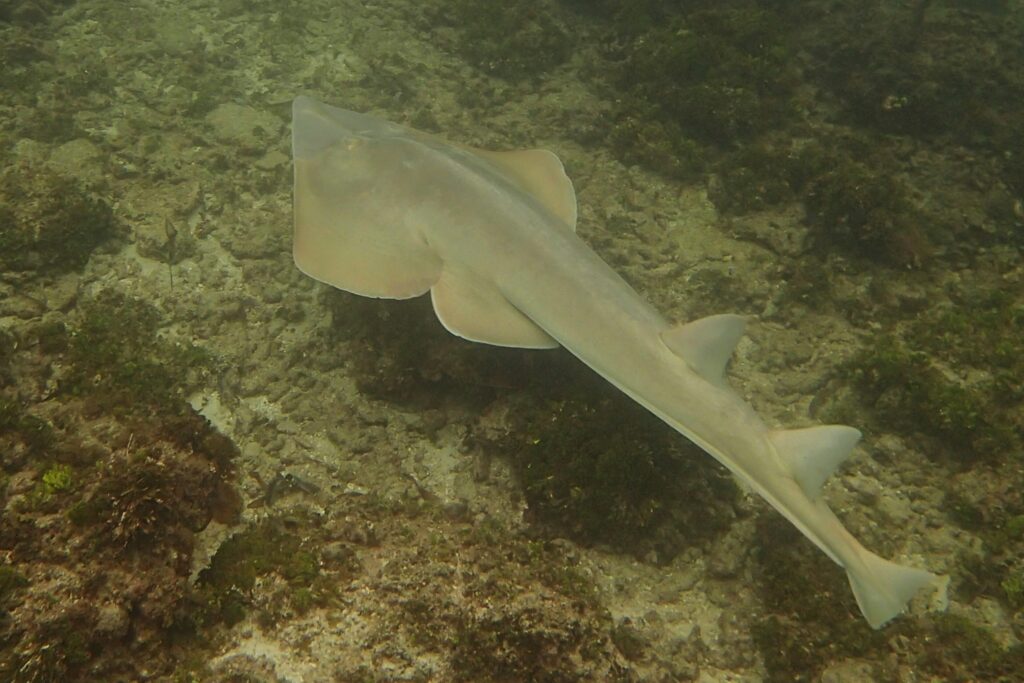 Halavi Guitarfish. This is a critically endangered species that has been seen frequently in the sandy bottoms and sea grass beds of WMNP.

The Spotted Eagle Ray is commonly found in the coral reefs, the team has seen them feeding on a variety of invertebrates.

Another interesting find was the Whale shark. Commonly seen from the months of December through to February when there are sufficient krills and phytoplankton..The team saw one while coming from diving, and received news of extra sighting from Community Boat Captains and fishermen.