Our June waterbird count at Sabaki Estuary had many surprises in store for us!

On the 4th of June, Kirao and Raph, from our science team, accompanied by a few others keen to go on an adventure (Apolloh, Monicah and Améline) set off on a mission to find a special bird at Sabaki Estuary – a bird which had regularly been seen in high numbers in the 1970s and 1980s, but for which observations have since become much scarcer. 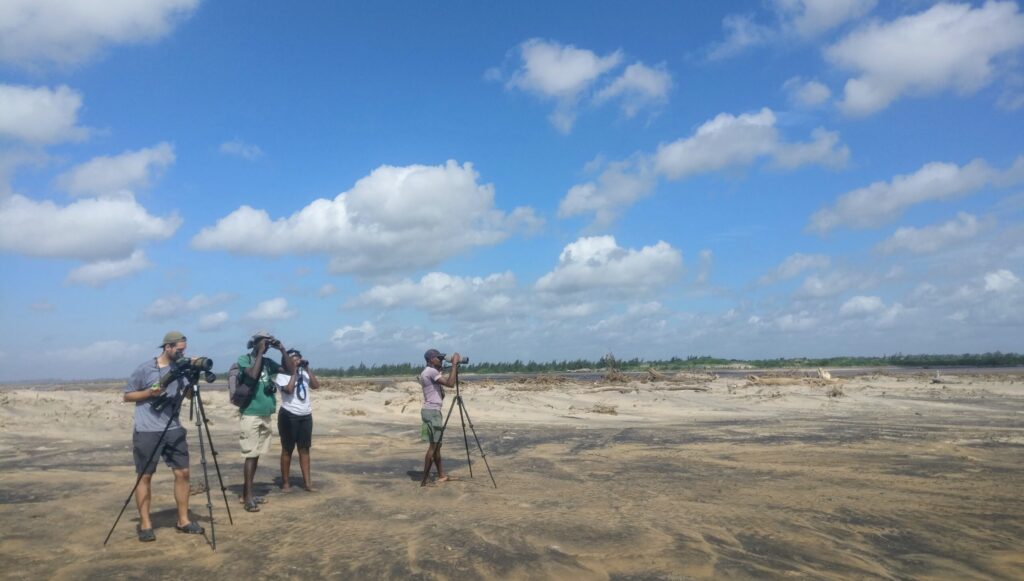 In a special effort to find this bird, we camped at Sabaki to be on site in the early hours of the morning. The keenest among the group headed off in the dark before dawn to an elevated location on the dunes overlooking the estuary, while the ladies followed a bit later with chai. Just a few minutes into our breakfast, the first bird was spotted, follow by a few more… soon followed by flocks of hundreds! They quickly circled over the estuary, then flew right above us! Can you guess what they are?

After decades of low or no numbers, it was exciting to finally record large groups of… Madagascar Pratincoles! Being quite spread out in the sky and in loose groups, they were hard to count, but we estimated about 1 400 birds – the highest count at Sabaki since before 1980s! They had been counted in flocks of 1 500 to 3 500 six times between 1975 and 1985, but since then, counts have been rare and always below 1000, as shown in the Figure below. 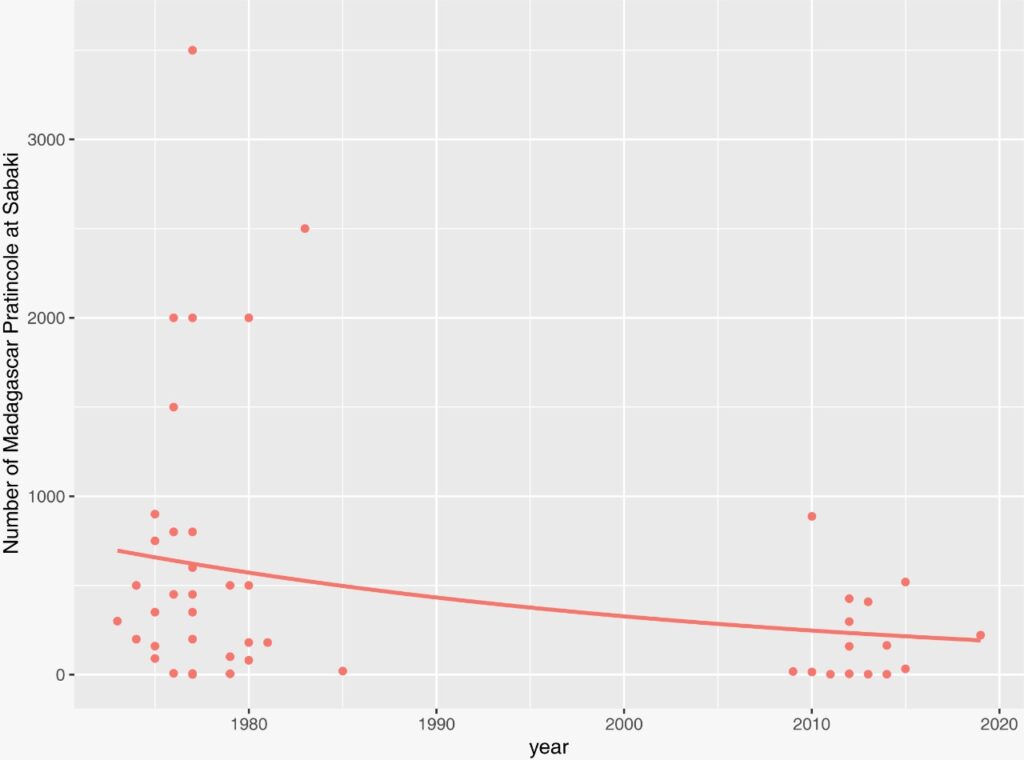 This wasn’t the end of our surprises! We then continued our trip to count birds at Krystalline Salt Ponds, located about 5km north of Sabaki. There, to our great surprise, more Mad Prats (as the real birders call them) were waiting for us! This time, we were able to admire them as they were roosting on the salt pans and count them more easily with a panorama taken while in flight: we counted a total of 2 560!

Perseverance & passion is definitely needed to count all these birds! 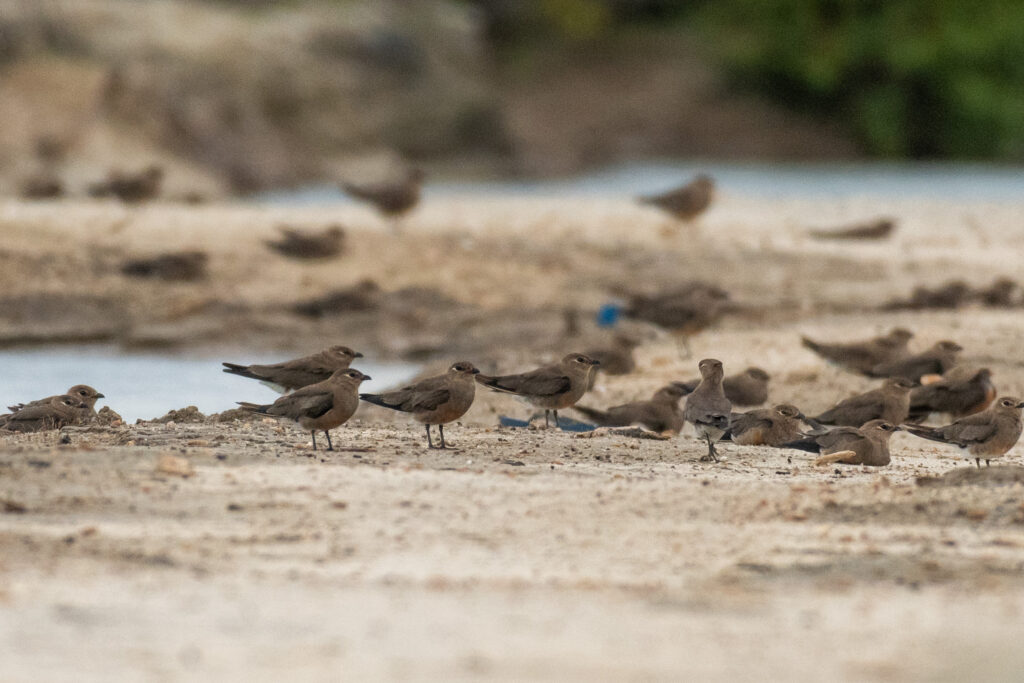 If you’re still puzzled as to why our birders were so excited, here are a few pointers: 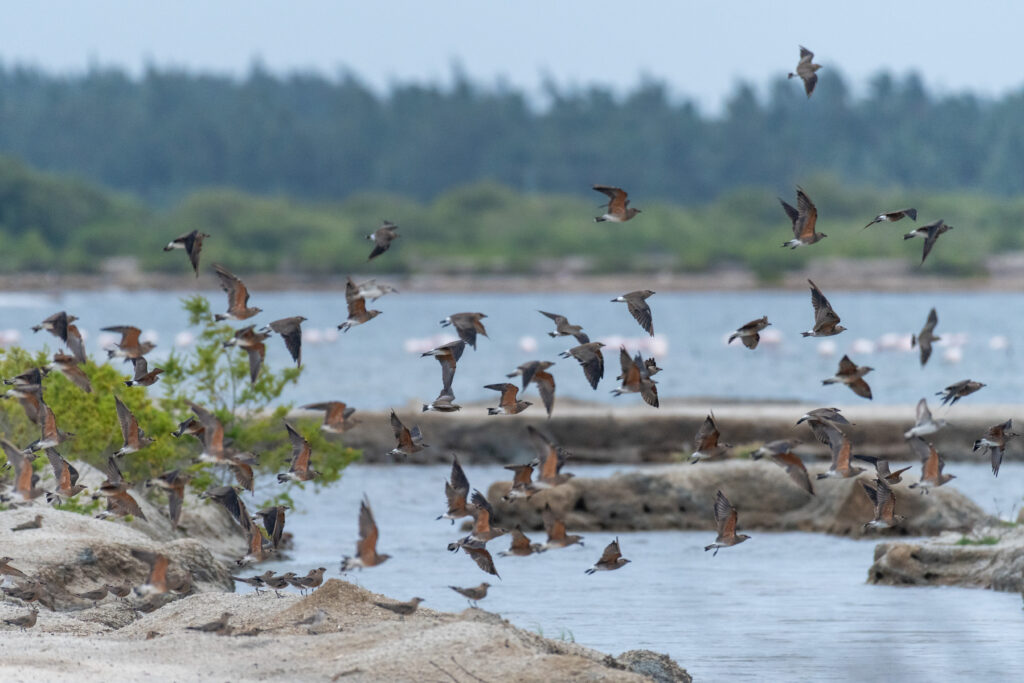 Madagascar Pratincoles breed in Madagascar between September and April, and winter on the East African Coast, mainly in Somalia, Kenya, and a few in Tanzania. Their decline in the last 20 years is likely due to loss and degradation of wetland habitats in Madagascar, but further investigation is required (Delany et al. 2009). 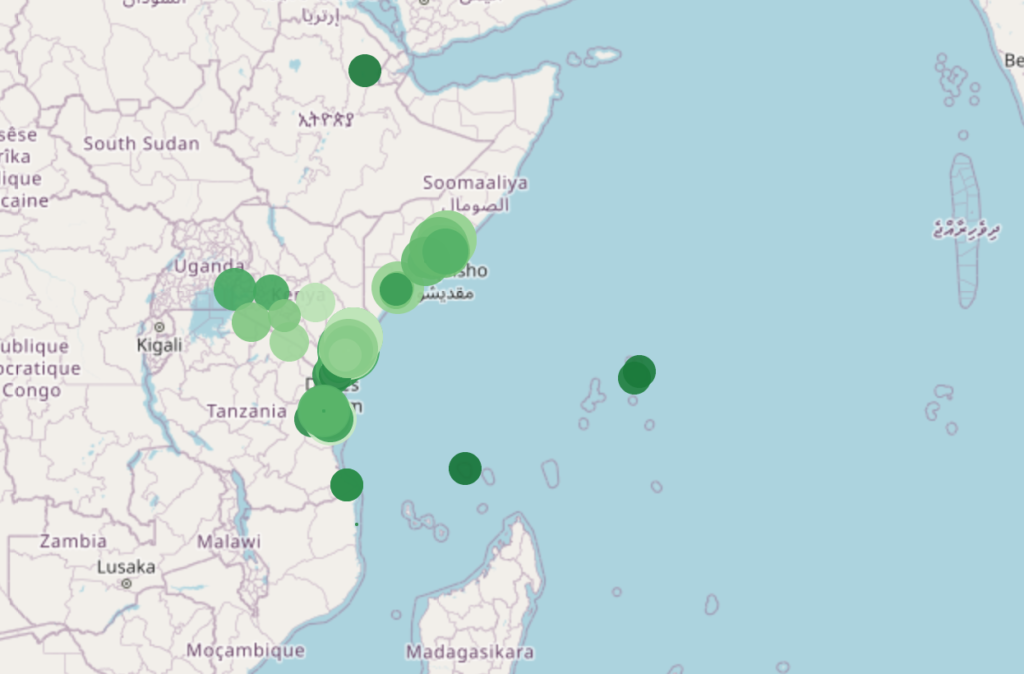 Map of all Mad Prats sightings ever recorded outside their breeding range. Click on the map to open an interactive version of the map. The size of circles is represents the number of birds counted, while their colour indicates how late in the year birds were seen (darker dots are later in the year)

As a wintering site for a significant proportion of this species’ population, it is important that Sabaki Estuary, and now the neighbouring salt pans are effectively protected. Sabaki is one of the only wintering sites that is regularly monitored, beyond this, little is known about their presence at other sites in recent years. Even more worrying is that over half of the population winters in Somalia, where due to security issues, no data has been recorded since 1981.

We are working on a publication to document this sighting, and in a few weeks, will head out again to find out whether large flocks are still present. According to existing knowledge, the flocks should increase in August going into September, as birds fly south from Somalia and gather before flying back to Madagascar to breed.

Let’s see what more surprises are in store! 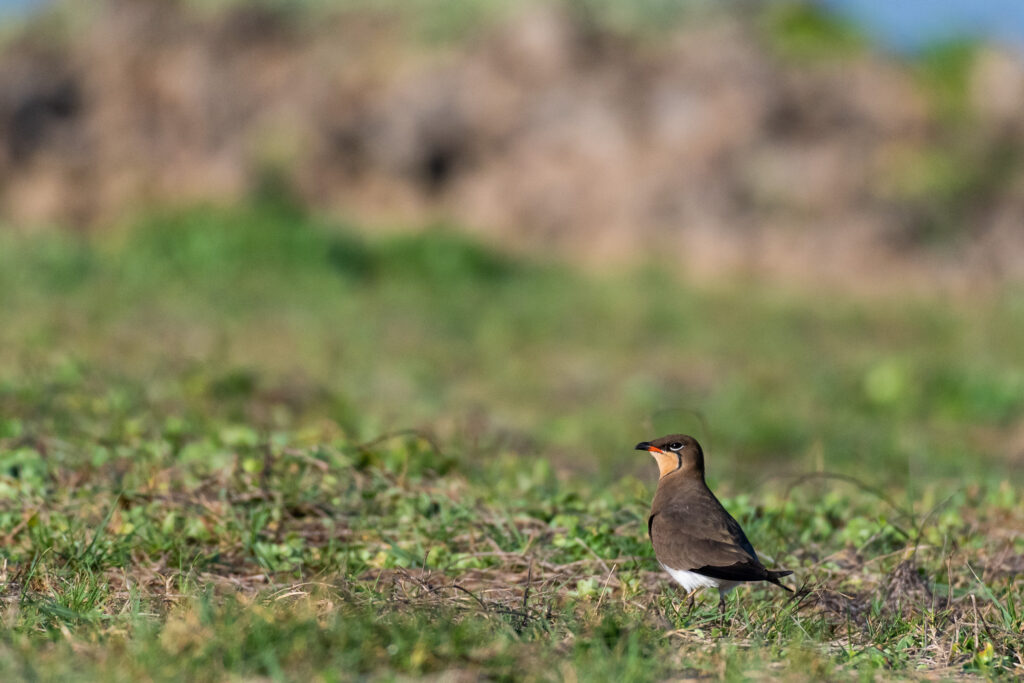 Added bonus: seeing the Mad Prat’s cousin species, the Collared Pratincole (Glareola pratincola)! They were also present on the salt pans, and further North at Ras Ngomeni, where this photo was taken. 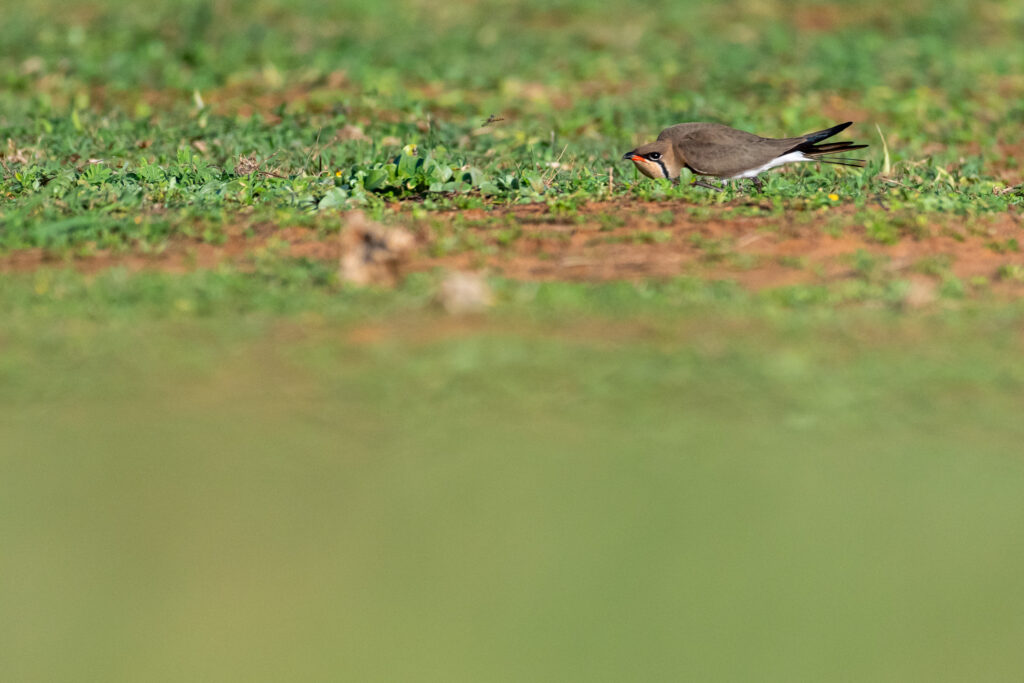