Single plastic use has become a great threat to the environment over the years. In simple terms, single-use plastics are materials made primarily from fossil fuel-based chemicals and are often disposed of right after use. They are commonly used in packaging and other service ware. The sad news is that, though these materials are quickly disposed of, they are non-biodegradable(cannot decompose) hence only accumulate in the environment. Since they can’t decompose and are disposed of in huge quantities, these materials often end up in the ocean in one way or another, where they do a lot of damage. 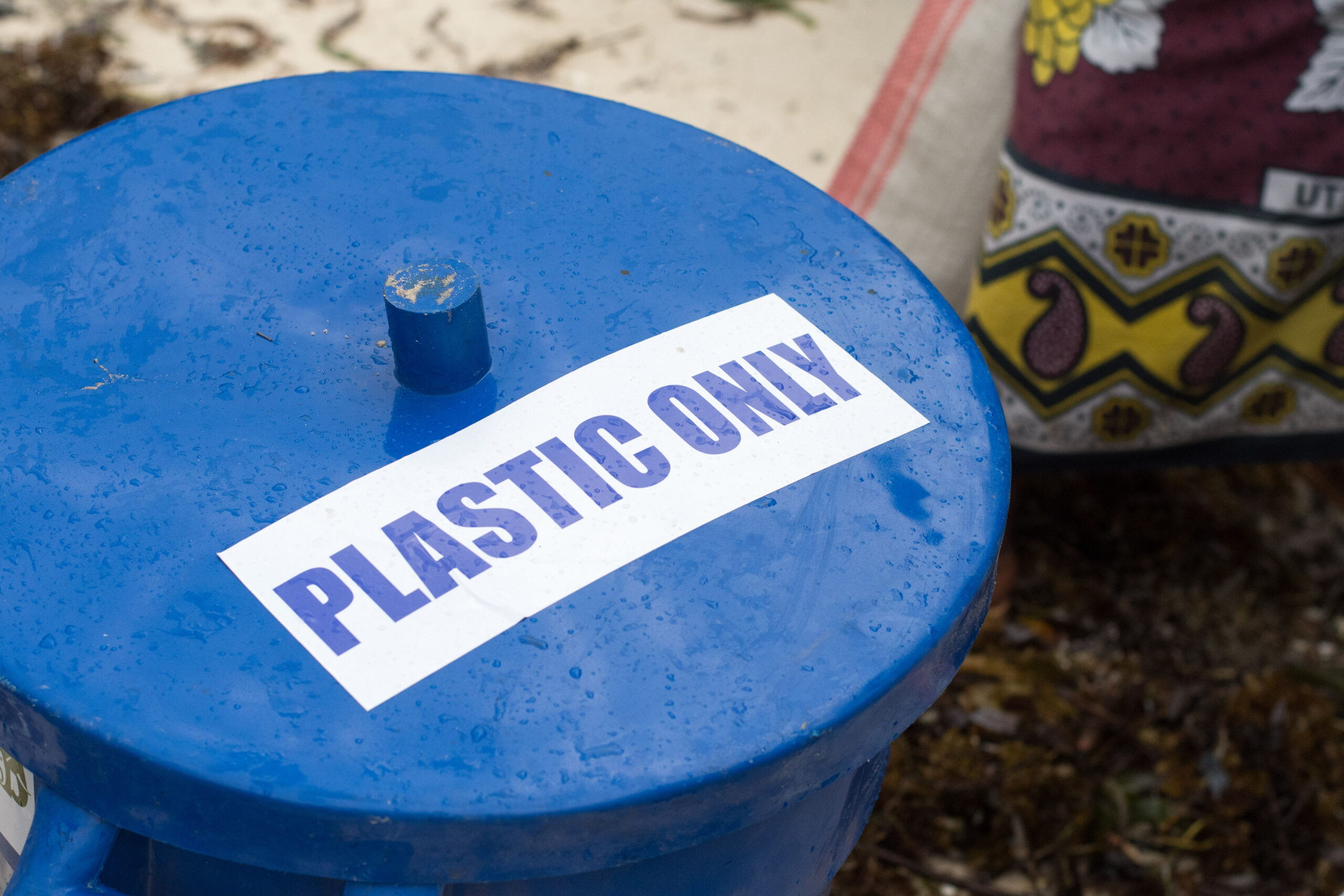 Plastic pollution is a threat to the Watamu Marine National Park(WMNP). WMNP is a breeding ground for the top predators of the ocean; Sharks, Rays, Guitarfish, and more precious species living in this habitat. It is also a source of livelihood to the community members living adjacent to it, including fishermen and the tourism industry.

As a result of this, A Rocha Kenya’s marine education department in collaboration with Kenya Wildlife Service and Bahari Hai has been actively campaigning for the avoidance of single plastic use by embracing the PLASTIC FREE FEBRUARY theme. Here is a wrap-up and a glance at what took place throughout the month.
Campaigns were done in several Watamu communities like Garoda, Chafisi, and Roka. The members of these communities took note of the effects brought by plastics and promised to change for the future generation. 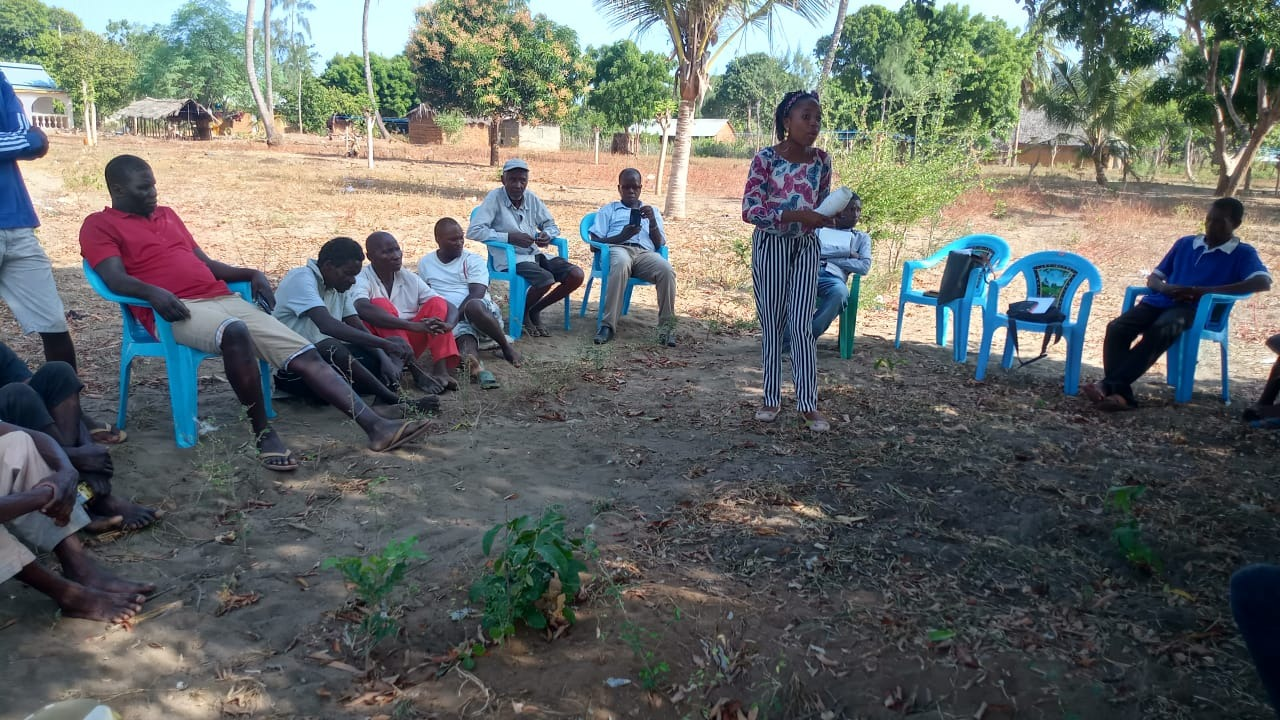 Queen(Environmental Education Officer) during one of the community meetings.

Chiefs and village elders who attended these meetings also emphasized on the issue of proper waste management, as it also arose as a major issue contributing to the spread of diseases. Since improper waste disposal has already become an issue, they warned to start arresting people found disposing of waste in the wrong places.

To spread this campaign even further, schools in Watamu were also included. This included schools like Dongokundu primary where our marine environmental educator had an awareness meeting with the whole school. The main goal of the meeting was to encourage the entire school fraternity to avoid single plastic use for the conservation of nature. Most of the teachers and students said that they were going to take that as a challenge and start minimizing their use of single-plastics, even as they tell others to do the same. You can catch the full story about the same here. 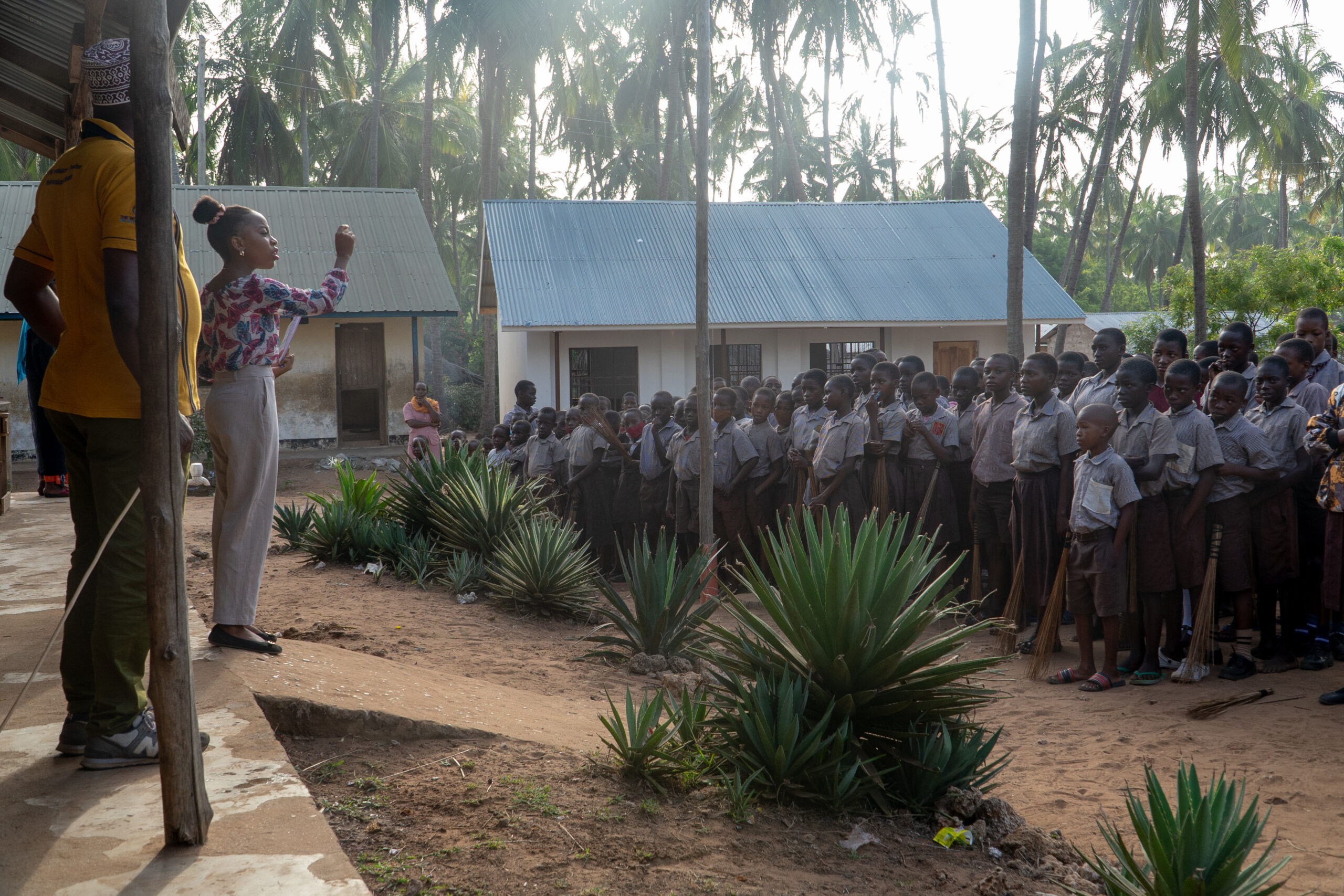 We are also glad to point out that our environmental education team got a chance to talk about plastic pollution on the local radio station. One of the main things tackled was the single-use plastics and the plastic-free February theme.

One of the most heartwarming stories we got from plastic-free February was the story of mzee Hasan Chembamba, our plastic-free hero. Hasan is from the Roka Landing site in Kilifi County, and he has been living on the landing site for over 30 years now. Hasan is very passionate about the environment, he has been collecting plastic from the ocean and cleaning the beach for over 10 years! The community members know him as the plastic-man, but to him, all he is doing is was playing his part in trying to save the future generation from the plastic menace.

He shared that he moved to Roka in 1992 to work as a farmer. In the last twenty-five years, he has been farming pumpkins, tomatoes, and vegetables for sale at the local market. But due to climate change, it has become very hot, there are no rains and thus no do farming. It is climate change that forced him to start selling the hard plastic he collects after cleaning the beach. He was happy to report that it is from the beach cleanup that he enjoys creating awareness of the effects of plastics on the children who go out swimming. Hasan has also been participating in night patrols with Bahari Hai for the conservation of turtles. 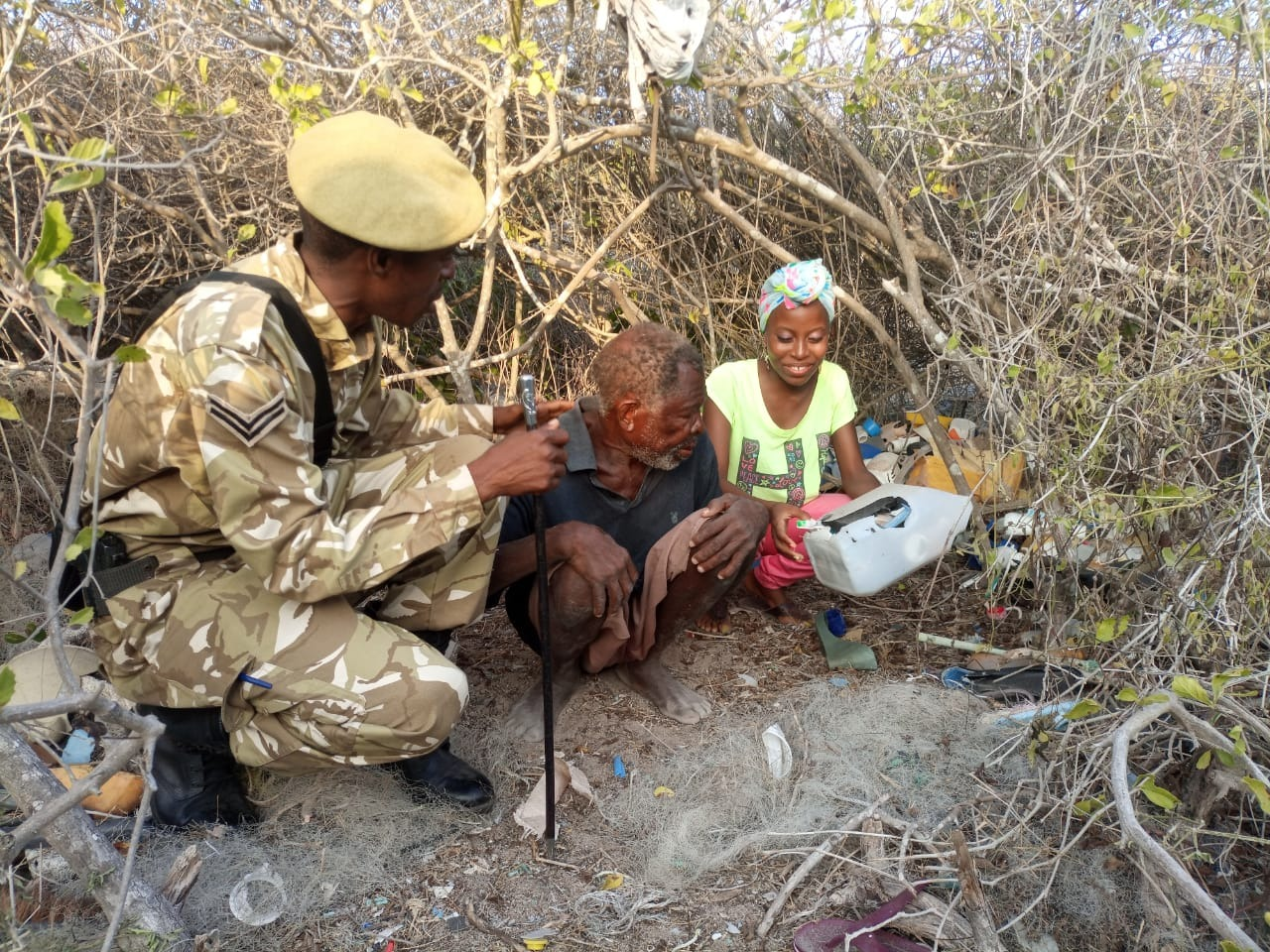 Mzee Hasan(in the middle) shows where he keeps the plastics he collects.

We are encouraging you to join us as we fight plastic by avoiding single-use plastic and as we think about the future generation.