Little bugs in a big woodland

Following his last expedition to Dakatcha Woodland in March, Mike Clifton, life-long expert lepidopterist and entomologist, has extended his stay at Mwamba due to current travel restrictions.

As a result, in the past month, we’ve learned more about insects than ever before, heard rather extraordinary life stories, celebrated his 79th birthday together, and got excited over his possible discovery of a new butterfly species for science on the Mwamba plot! (still to be confirmed upon dissection…)

Below, he tells us a bit about the insect fauna in Dakatcha Woodland… 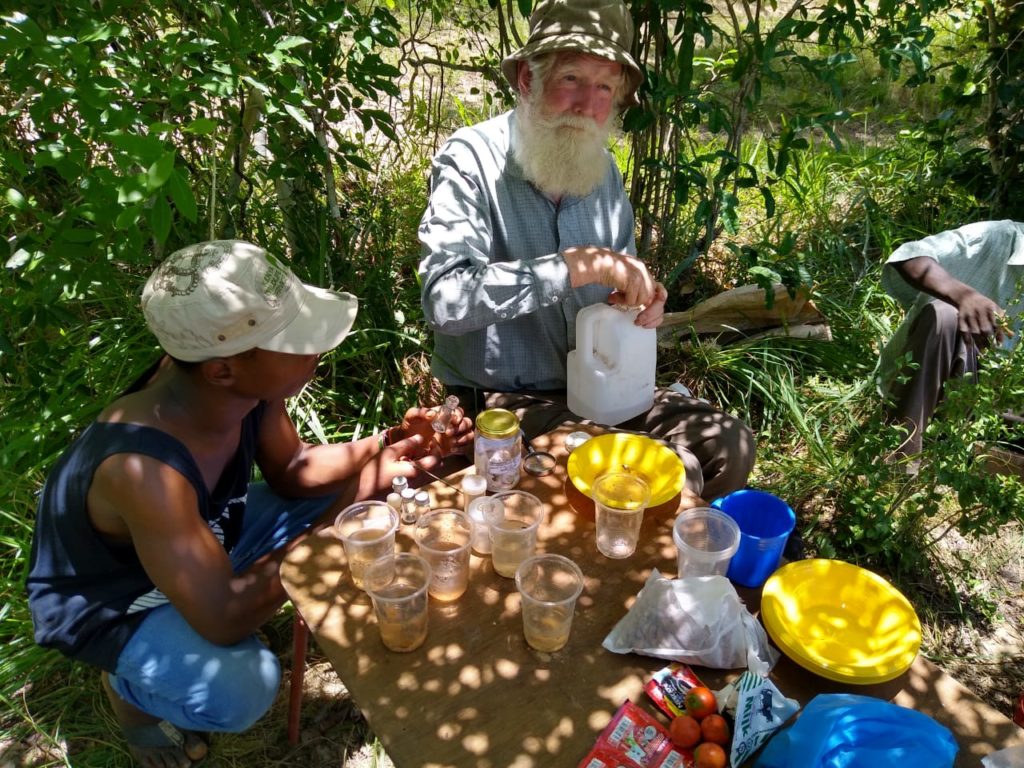 As the Dakatcha Woodland is the northern extension of the Arabuko-Sokoke Forest, the insect fauna is very similar. The woodland is not so dense as Arabuko-Sokoke, which is probably why there are less insect species. This observation is based solely on the butterfly species, as most of the other groups have not been studied yet.

The woodland is not uniform, which is why the number of species varies in each area. The northern area shows an affinity to the insects of Somalia.

In the Mutillidae family, a family of wasps, at least eight species have been recorded in Dakatcha, while there appear to be only four species found in Arabuko-Sokoke Forest. These 8 species have yet to be identified, at the National Museums of Kenya… As further research is carried out, more species will be included in the lists, and we can expect to find new species of insects for science.

As further research is carried out, more species will be included in the lists, and we can expect to find new species of insects for science. 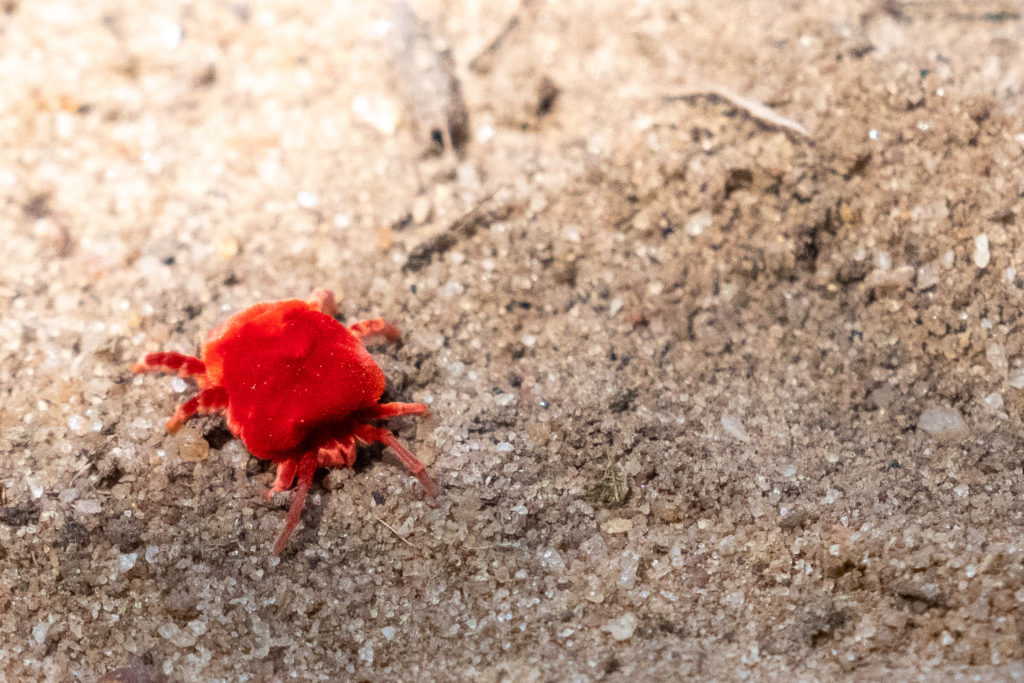 There is so much yet to discover in the world of insects! Above, a scarlet mite – very little is known about this species

As an indication of what may be in store, during our last expedition, we collected a small, ant-like insect in the Embiopteron family, which is a very rare group of tropical/subtropical insects, also called the footspinners. The insect we collected proved to be the fourth specimen of the group in the Museum, and the first ever recorded in Kenya! 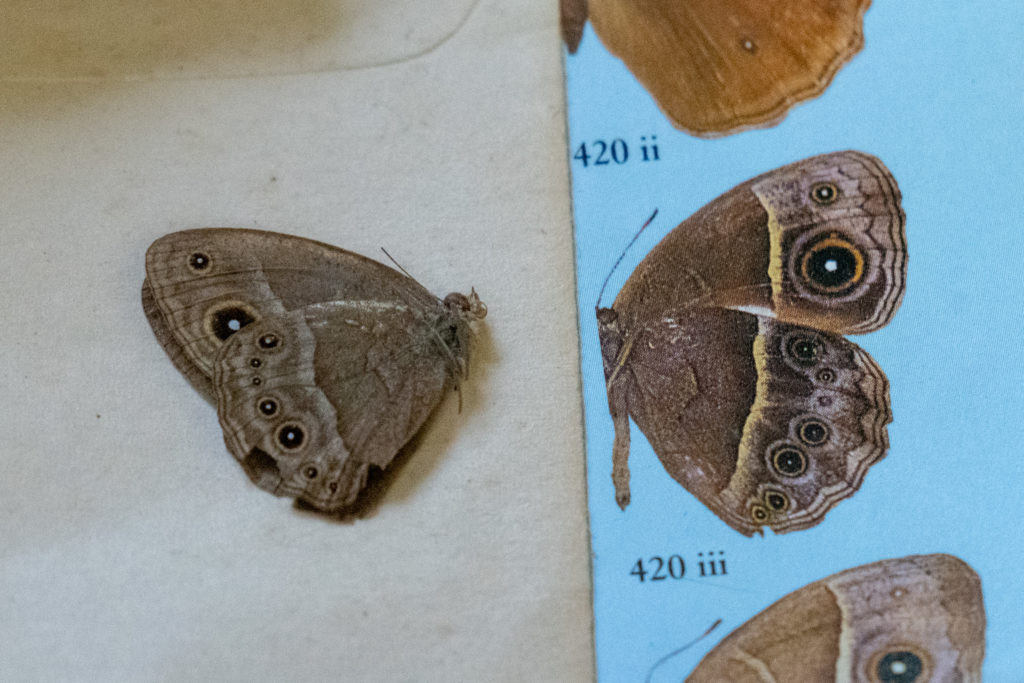 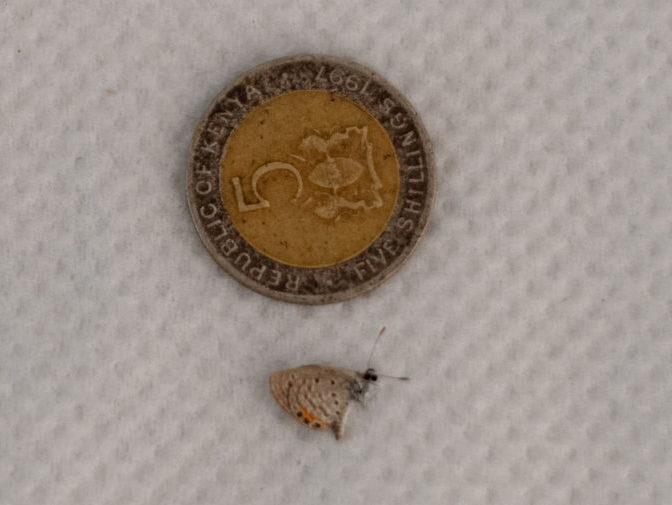 Tiny Grass blue (Zizula hylax) one of the smallest butterflies in Africa, which Mike found in Mwamba a few days ago!