Last week, a team of four spent 4 days camping in Dakatcha woodlands, on a Camera-trapping/Bioblitz mission… Wondering what camera trapping involves? Read on! 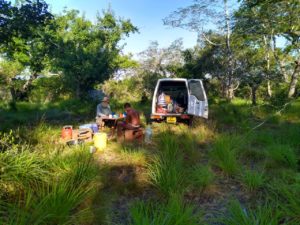 Campsite in the bush

What’s a camera trap? It’s a remotely activated camera that is equipped with a motion or infrared sensor. Every time the camera detects a movement, it takes three photos. “Camera trapping is a method used to capture wild animals on film when researchers are not present.” (Wikipedia)

Why do we use them? A Rocha Kenya has been using camera trapping in the Dakatcha woodlands to track the whereabouts of the Golden-Rumped Elephant Shrew, an endangered species threatened mainly by the fragmentation of its forest environment. This shrew, locally called Fugu, is one of the main reasons A Rocha Kenya is working hard to acquire land in Dakatcha and turn it into a protected reserve. Information from the camera traps is therefore precious to guide our land purchase efforts.

What happened last week? The objective of this mission was to move our 8 cameras to new grids. Kirao and Katisho spent the first day collecting and checking all the cameras: Is the camera intact? Is the battery working? Is the camera still taking photos? Is the seal intact? Is the insect desiccant still dry? They also review the pictures taken by inserting the SD card into another camera to view them. Spotted this time: fugus, porcupine, caracals and hyenas! And, on a less positive note, humans hunting at night… 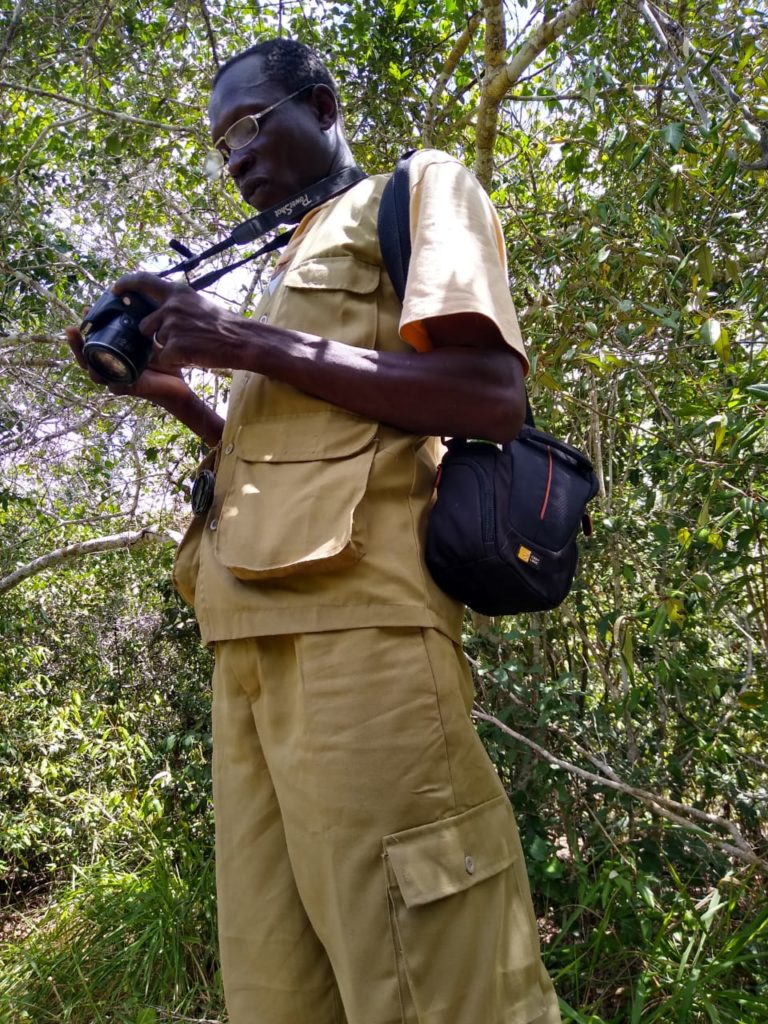 Katisho reviewing the photos taken by the camera trap

After having successfully collected all the cameras, they went to a small shop on the edge of the forest to charge the batteries overnight.

On the second and third days, they mounted the motorbike again and this time went out to look for new spots for the camera traps. How do they choose a spot? First, they check which grids haven’t been surveyed yet on the map, and look for forest vegetation. Once on site in the grid, they look for animals signs, such as trails and tracks. When they find an appropriate spot, they look for a big tree, clear the vegetation around so photographed animals can be identified, and fix the camera trap on the tree 20-30cm above the ground. The direction of the camera should be North or South to avoid it facing the sun. 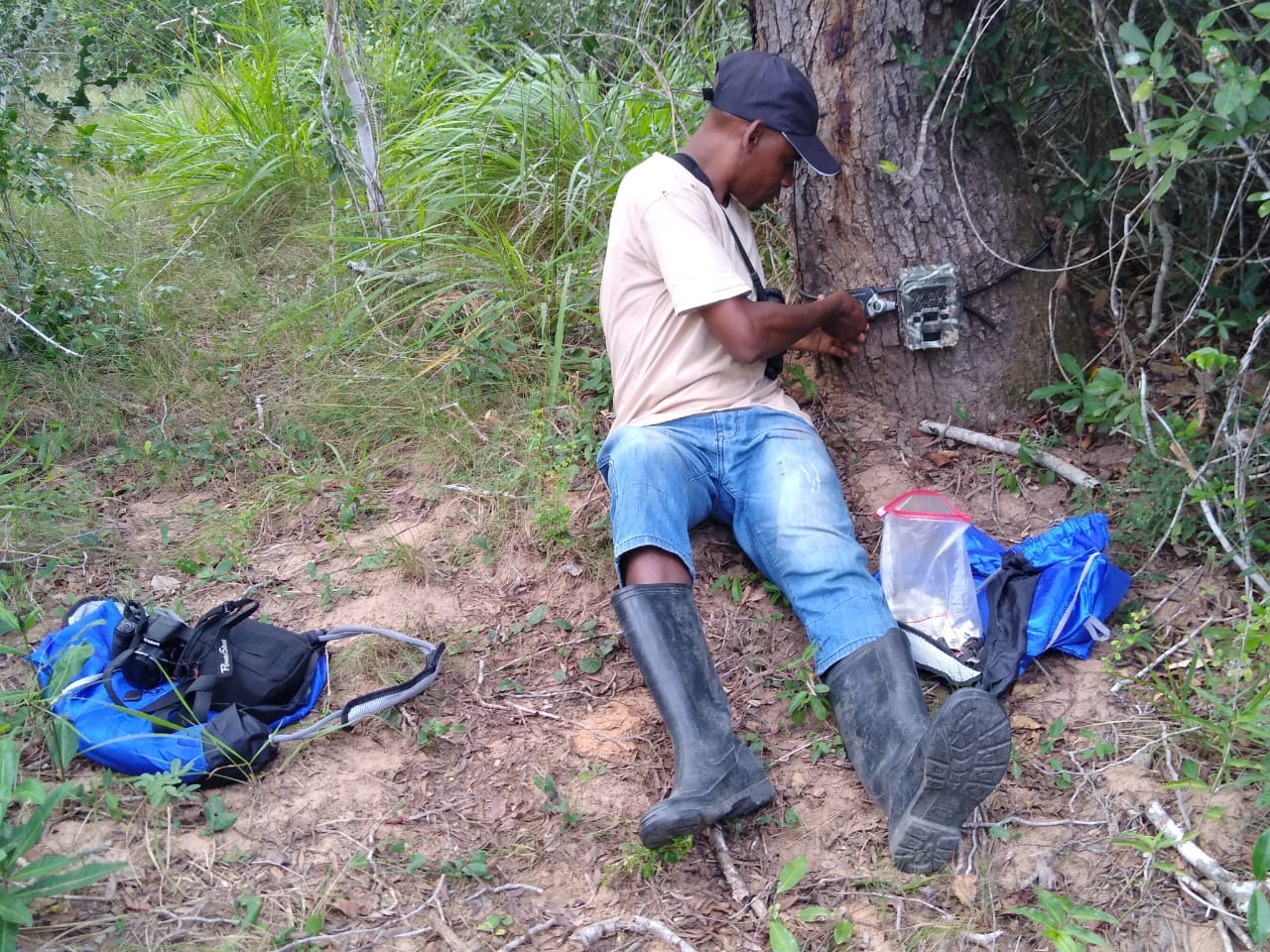 Kirao removing a camera trap from a tree, to move it to another cell

How are cameras kept safe? We use a padlock to tie the camera to the tree. However, a big part of our work is also to raise awareness about this project among local communities, so that they understand what we are doing and why. Having buy-in from local communities is essential to the success of this project, and shouldn’t be overlooked! Interacting with local communities is an important part of Katisho’s work in Dakatcha, and critical in our efforts to purchase land and protect the forest.

More on the Insect-Bioblitz mission in the next article!