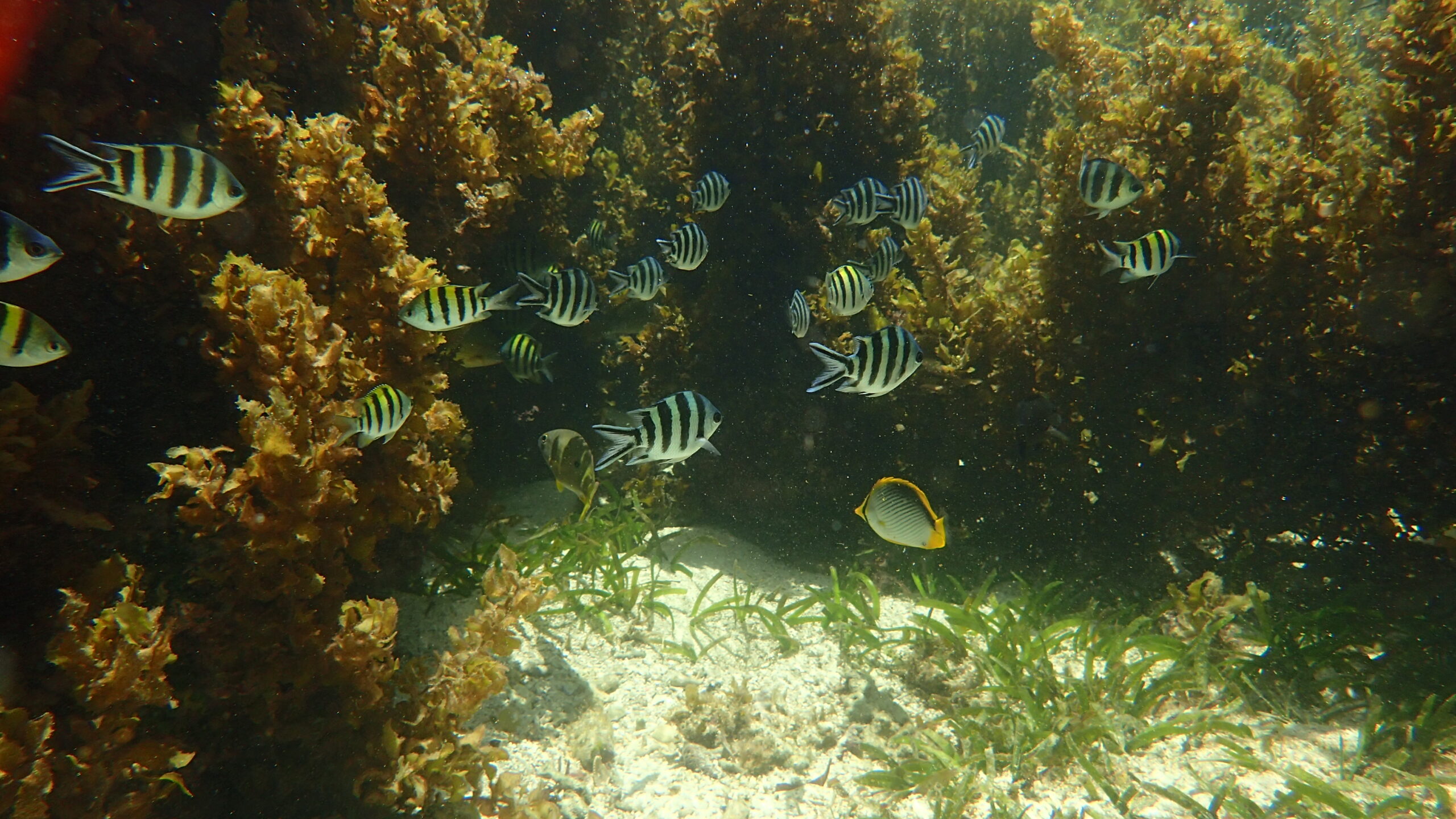 The marine environment in the Western Indian Ocean is exceptionally bio-diverse including habitats such as mangrove forests, beautiful sandy beaches, seagrass beds, and coral reefs. They are also exceptionally threatened by coastal development, climate change, and fishing pressure. A Rocha Kenya works in Watamu Marine Park to understand the status and processes impacting marine biodiversity of these habitats.

We are committed to the UN Sustainable Development Goals and many of our marine projects  are cross-cutting and contribute towards a number of SDGs. In particular, our work is contributing towards a number of targets in SDG14 Life Below Water (Targets 14.1, 14.2, 14.5, 14.7 and 14.A). We are using beach cleanups for plastic pollution to bring about habitat restoration and working in partnership with Kenya Wildlife Service and others to make sure that Watamu Marine National Park is healthy and protected.

Watamu Marine National Park ( WMNP) is one of the oldest  Marine Protected Areas (MPAs) in the world. Since its establishment in 1968, it has been the subject of a number of scientific studies as well as suffering from a range of modern threats to coastal marine habitats. We have produced a habitat map of WMNP which is the first to show this level of detail and the only habitat map of a Kenyan MPA. Nine habitat categories were mapped; revealing that the most dominant habitat type is seagrass and the least is coral reef. Species lists were collected for fish, echinoderms, molluscs, crustaceans, corals, and seagrass, and species abundances were used to estimate total species richness, species diversity and sampling completeness. There were 18 species across all groups that fall into a category of conservation concern (other than Least Concern or Not Evaluated) on the IUCN Red List and 8 species found which are currently undescribed. The findings of this paper emphasises the importance of non-coral habitats in the WMNP, such as seagrass beds, and the need for more research into the ecology and conservation importance of these habitats.

The summary of our results can be found in our paper published in Atoll Research Bulletin.

Our current research projects include:

We have produced a number of research reports and publications from our work. 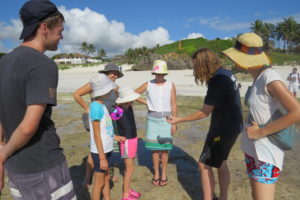 Volunteers work from Mwamba Conservation Centre which is ideally situated directly onshore from the Park and within eyesight of the most visited reef, Coral Gardens.

We seek volunteers who are willing to get immersed in all tasks and work in a cross-cultural situation, recognising that marine habitats have intrinsic value, and we can bring healing to the ocean and those who depend upon it.

If you would like to volunteer please visit our volunteer page for more details.

Do you have snorkelling or SCUBA gear lying around the house gather dust? We can put it to good use. The snorkelling kit at Mwamba needs to be replaced so that we can introduce visitors, local leaders, and school groups to the wonder of God’s creation underwater. Please contact us via the Mwamba Guest House with what you have and where you live and we’ll be in touch.

Sluka, R.D. and P. Simonin. 2014. Marine Capture Fisheries – a call to action in response to limits, unintended consequences and ethics. Perspectives on Science and Christian Faith 66:203-212.

Martine Koemans. 2014. Living on the Edge: The relationship between livelihood practises and the national reserves resources. A Rocha Kenya Occasional Research Report #32. 42pp.