The unexpected trip that surpassed expectations

It also always fun to have volunteers around Mwamba and have them join in the many activities we are involved in as an organisation. Here is a fascinating story from Hannah, our latest volunteer, about one of the activities she was happy to take part in. This was a journey she will forever be grateful she was bold enough to make. Enjoy!

“Having been told virtually nothing about where I was going and what I would be doing, my experience at Dakatcha Nature Reserve was nothing but exciting. I was helping in the finance office stapling random things when someone walked in and told me I would be going to Dakatcha the next morning. All I was told was to ‘be ready to leave at 7am. Oh and wear a hat… and lots of sunscreen.’
With Stanley intermittently breaking the silence by yell-singing various reggae songs, he quickly became the entertainment of our road trip. Once the buildings became sparser, the trees more brittle and dispersed, and the rolling dirt hills an increasingly deeper red colour, as we got closer to this mysterious land of Dakatcha that I had constantly heard of yet knew so little about.
The roads became significantly narrower and I increasingly began to question Stanley’s sense of direction, while he continued to relentlessly deny that he was lost. We abruptly took a turn off the main road onto what looked like an animal trail. He was definitely lost! Nevertheless, through the sharp turns and washed out paths, we arrived to what was quite literally the middle of nowhere before Stanley excitedly declared that “we had arrived.” 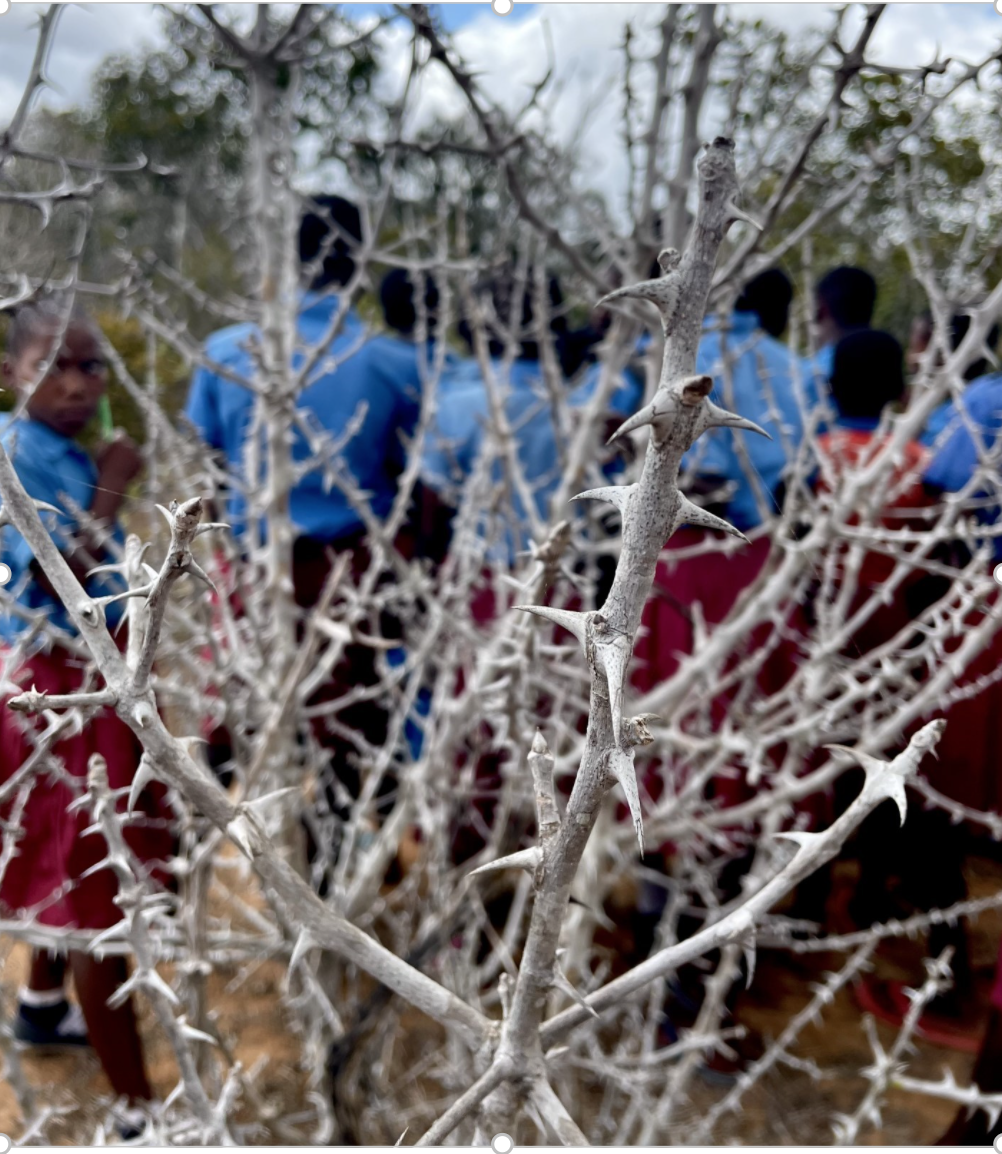 Let’s get it on

A school bus pulled up shortly after, and a small group of wide-eyed and curious children piled out. It wasn’t long before our environmental education officer Lenah, emerged out of the forest and beckoned for us to follow her into the dry thorny bushes. We carried the bread and water we had brought with us down a small path and gathered underneath the shade of a large tree, where we met a few other educators.

We soon started a nature walk, dodging underneath low-hanging branches, brittle thorny bushes, and far-reaching cacti. What at first looked to me like a dry wasteland of dangerously sharp plants and red dust, soon became an abundant ecosystem filled with complex creatures and plants. We learned about vines that stretch across the expansive desert floor before reaching each other and attaching, creating a bond so strong that even elephants will succumb to their tripwire. We appreciated the adaptability of the desert trees with roots so long they can tap into what little moisture hides meters below the dry sand. We found inch worms disguised as lichen, grasshoppers camouflaged underneath peeling bark, and elegant ladybugs painted in an array of reds and oranges. While walking through the relatively colourless landscape, vibrant pink flowers occasionally scattered the mundane beiges around us. 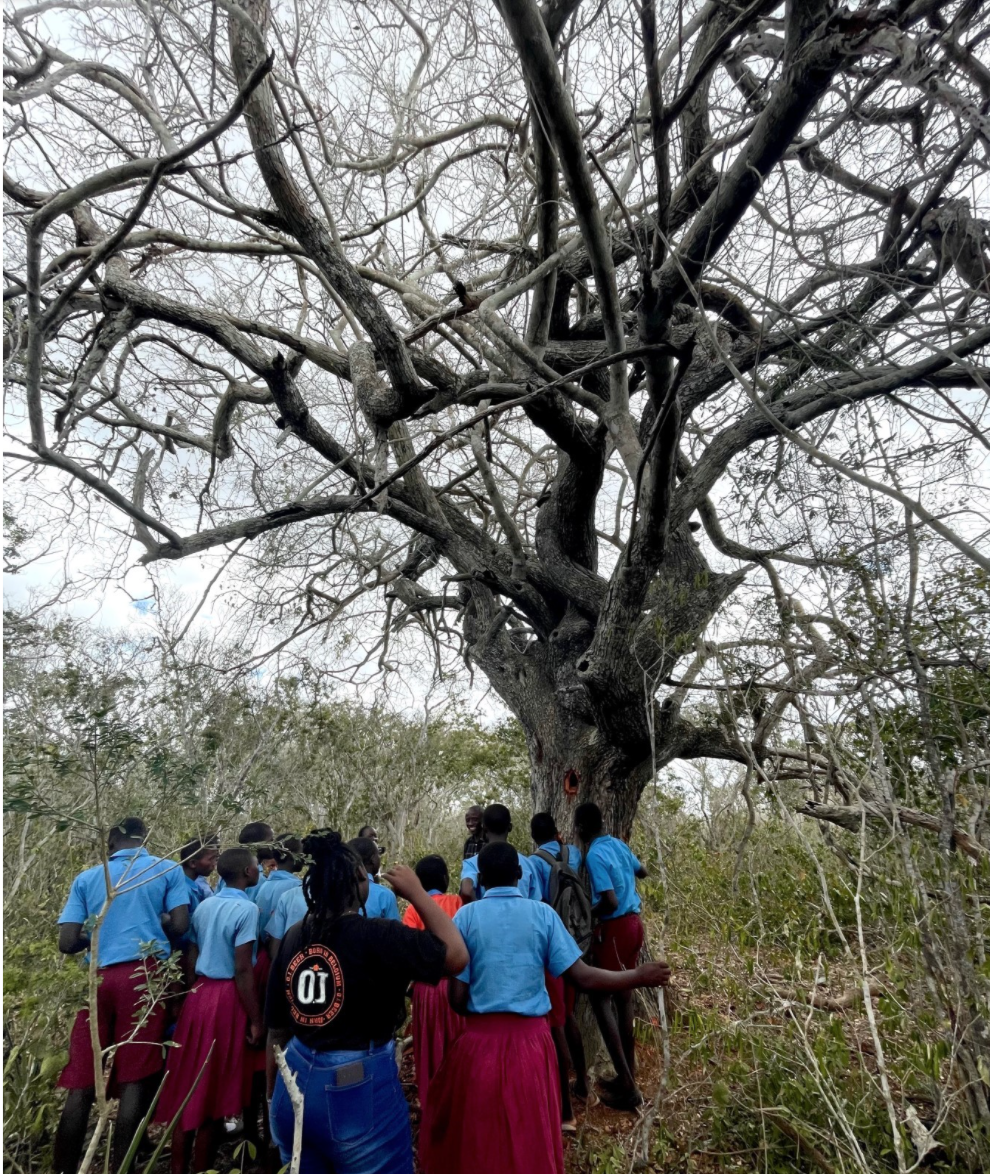 I walked behind a timid young girl who had found two giant African land snail shells, gently tapping them together to create a melodious echo. We walked together through the weaving trail, silently warning each other of any deviant cactus branches that reached a little too close to our path. I watched as the students so curiously absorbed the ways of the forest around us, gently feeling the various textures of the different plants and excitedly looking into the trees when they heard the slightest sound.

I joined a small group of students for a forest scavenger hunt, getting quietly giggled at as I excitedly exclaimed that I had found a seed before accidentally picking up a rabbit turd. We played a small game where we acted out the lifespan of a tree, from seed, to sprout, to branch, to tree. The children brightly laughed as Stanley swayed in the imaginary wind that these trees are so resilient against. 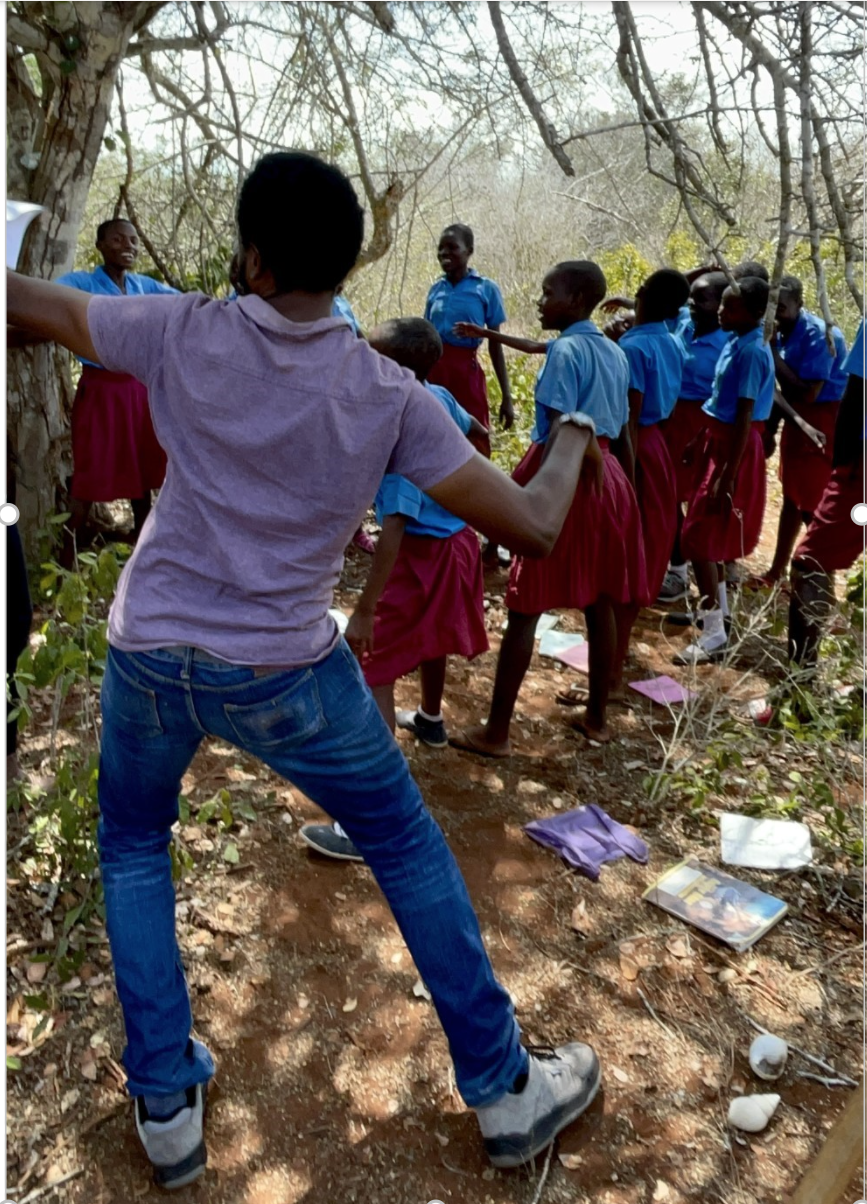 Throughout my time at A Rocha Kenya, I have curiously yet blindly gone along with whatever was happening (which is how I ended up wading in knee-deep water to ring birds with Colin at 3am when I thought I was going on a ‘camping trip’). I had gotten into the A Rocha truck and immediately asked, “so where are we going?” – and, yet again, I had been wonderfully surprised and amazed to see another way that the A Rocha staff so genuinely cherish their work.

Whether it is the way the ecstatic Hungarian-DJ-slash-butterfly-expert’s eyes lit up while he searched for caterpillars in the bushes next to the supermarket in town, Or the way that Peter the marine biologist excitedly waddled across the beach when I yelled that I had found a puffer fish skeleton, Or the way that Kirao has enthusiastically told me that “today is the day he’s going to catch a Red Capped Robin Chat” as he tirelessly skips into the forest, just as cheerfully as he’s told me every other day of the past month, Or how Colin tilts his head and mutters to himself about how beautiful the 20th plain looking grey bird he’s caught that day is, Or when Queen, the heart and soul of the environmental education program, starts passionately describing how huge the head of lettuce was that a local community member grew through her women’s environmental empowerment side-project, “Kitchen Garden.”

Whether birds, butterflies, fish, lettuce, trees, or even dirt, the people at A Rocha Kenya have taught me to cherish every bit of my surroundings; and through visiting Dakatcha, I was able to see a little bit of that passion passed on to the students I walked through the forest with, in what was much more than the middle of ‘nowhere.’…”